One of the advantages of working with Washington Independent Productions is the experience behind the people. All are top in their business for what they do. And, all are hand-picked for the individual project. Photographers all have different shooting styles. There are many different types of cameras. There are many different editors. Some edit projects that move and some do not. Each project is different. But one thing that is a constant and a guarantee with WIP—you will be working with someone who is one of the best in their field—all with major market or network experience, dedicated to work on each project. 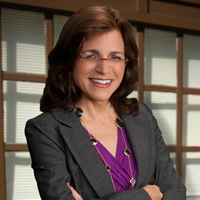 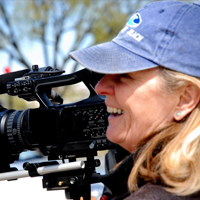 Catherine Zimmerman never met a story that she could not make visual. As DP on documentaries, environmental programs, network magazine show segments, political spots, public service announcements, educational, corporate and government videos, Catherine has regularly contributed to productions for The Today Show, The Discovery Channel, CNN Productions, CBS’s 60 Minutes, ABC, NBC, Home and Garden Television, National Institutes of Health and the Library of Congress to name a few. She has been noted for her award winning, “outstanding ability to capture the heart and soul of a story through the lens.” She has worked in the documentary and production unit at WJLA-TV in Washington, D.C. and as a photographer and editor with NBC. Catherine is also a certified horticulturist and landscape designer and is currently producing a video to show people how and why planting native plants is critical to the survival and vitality of local ecosystems. 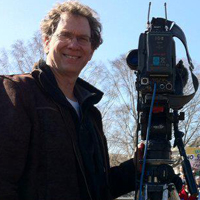 Need an interesting angle for the shot? Murray can often be seen shooting in some of the oddest places. All in the name of getting the one shot that can best tell the story. Cutting his teeth chasing Senators and Congressmen in the DC area, he can show up at a shoot with 50 other crews and you know he’ll talk his way into the best position. Not to mention, coming back with b-roll that really moves and works great with promos. He’s also great fun to be with on an out of town shoot. He and Sue have been working together for longer than they can remember and its best that they not try too hard to remember. 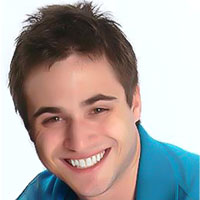 Video editing is an ever-expanding discipline that is as critically dependent on creativity as it is on technological fluency. As a result, a successful editor needs to spend just as much time on research and development as on editing itself. Zach believes that without a cutting edge understanding of this technology and what we can do with it, some of the most interesting stories can fall flat and go unheard. At Washington Independent Productions, how a story is edited if of equal importance, if not more so, than how it is shot and written. Zach’s amazingly versatile and expansive skill set eliminates any technical hurdles that could hinder the creative process. An editor excellent at pacing a story, his skill set includes motion graphics as well as graphic design. 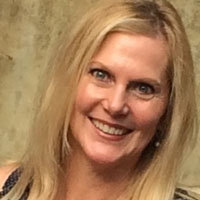 Nancy is an award winning writer, producer and production manager with years of experience working on projects ranging from live broadcasts, to on-location shoots to videos for the web. Nancy has a great ability to make the person she is interviewing feel comfortable and relaxed and as a result she is able to get them to tell their story in a way that will touch viewers’ hearts. She is amazing under pressure and able to manage huge projects with ease. She specializes in producing live events and meeting tough deadlines. A former broadcast TV reporter herself, Nancy has an uncanny ability to pitch a story to a television station in a way that explains why their viewers should care, and her creativity and persistence always pays off.

As the director of marketing, web guru, and overall miscellaneous project champ, Megan holds the title as go-to gal for WIP’s adventures. She knows how to distribute on all mediums, and keeps on top of and easily adapts to new trends. Every platform has a different style and it is always amazing to watch her adapt each project to the medium. With over seven years of marketing and communication experience, she’s led successful social media campaigns, published a book on how to write for cause marketing, and tried her hand at photography, videography and acting. Megan’s an avid globetrotter and looks for opportunities to explore somewhere new any chance she gets. Born and raised in New Mexico, Megan has traveled to 20+ countries, and lived in Australia, Mexico and England. She is upbeat, energetic and a true entrepreneur. When she’s not working on WIP projects, she’s growing her business as a travel expert and lifestyle coach at makingtravelhappen.com. 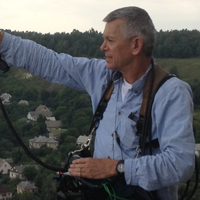 Because they are so silent (!), many production companies fail to pay much attention to the man or woman behind the mic. But, sound is such an important part of making a video work that we only work with very experienced sound technicians. Rick was born and raised in DC, a city that has become one of the most diverse and exciting media markets in the country. This diversity has given him the opportunity to work on a wide variety of high profile, award-winning productions and projects, from national and international news to corporate branding and documentaries in remote areas of the world. Rick brings his enthusiasm, energy, and good humor as well as high professional skill to every project.